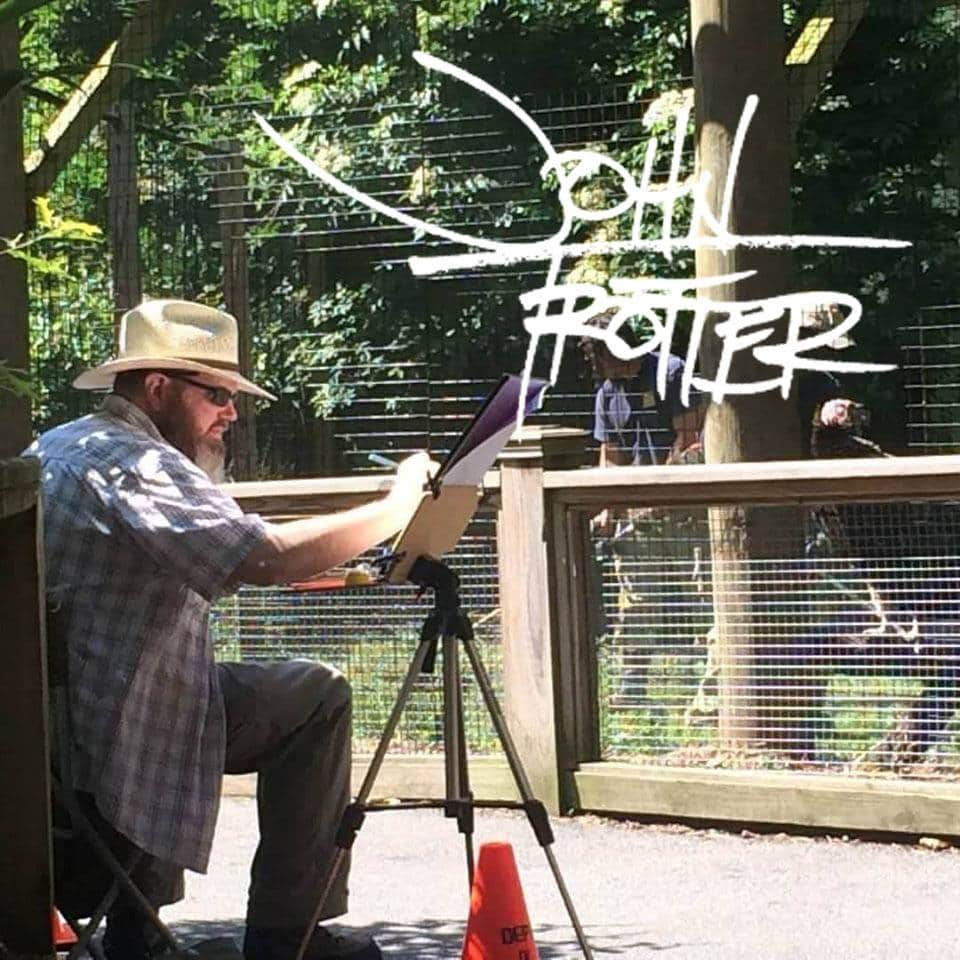 John Trotter’s beginnings can be traced to a church mission trip to the foothills of beautiful Appalachia back in the early 70s. While on a shopping excursion to nearby Athens, John’s mother Barbara found herself enveloped in a shower of radiant light as she haggled with a local vendor over a Ceiling of the Sistine Chapel Bulldawg throw rug.  (The light would turn out to just be her husband Walter, with a flashlight in his mouth as he was working on an old pickup.)  Nine months later John “Ignatius Elwood Waldorf” Trotter was born. Before he could even crawl, Trotter began to do studies in still-life known to all now as the “Crayola/Fisher-Price” period. Mr. Trotter would win his first international acclaim in 3rd grade with his famous portrait of Dogs Playing Atari. His work became so regarded that TV Guide reached out to ask him to be the one to draw the turtle that people copied to submit to join an art school.

Trotter eventually graduated high school and went walkabout into the mountains of North GA where he would discover his spirit animal, a crusty mountain lion who referred to himself as Artemas. Artemas would introduce Trotter to his first great mentors, a curmudgeonly expert in pop culture with an affinity for Mountain Dew and Marlboros known as the Captain and an art teacher known as Aunspaugh who used the beauty of creation to make art out of anything…and then turn that art into weapons (yet in all fairness, beautiful weapons).

After his mentoring, Trotter was bestowed the mantle of the Paint-Monkey which is Enotah for “One Who Finds Beauty and Mayhem Within Nature Not to Mention a Bit of a Jack Davis Fixation” (Odd how specific these names get). Quills in hand, Trotter was ready for a mate but no woman of these United States could handle such a combo of raw creative genius and the ability to rattle off an impressive amount of Blues Brothers lines and cartoon history minutiae. The answer came in the form of a North Wind from the land of Tim Horton’s, Geddy Lee, and an almost appalling friendliness in two languages. Her name was…Jenn…which is Canadian for…Jennifer. An exotic and alluring language.

Now armed with pens and quills and a lovely Canadian lass, the Paint-Monkey settled into his home of Clark-ston where they became a refuge for lost kittens, puppies and graphic novels. Trotter splits his time between doing portraits for all of the Zoo Atlanta animals, plotting the downfall of political norms through cartoon revolution, and watching online marble races.